Back in June, Benjamin Booker released his sensational second full-length album Witness. The bluesy guitarist recently stopped by the NPR offices to perform three of the LP's strongest tunes. Watch the video above.

Given Booker's transition to a more melodically-inclined and nuanced songwriting approach on Witness in lieu of the leathery garage rock stylings of his eponymous debut, it comes as no surprise that his new music manages to fit agreeably within the confines of the intimate performance space. Singing alongside Dapette Saundra Williams (Sharon Jones & The Dap Kings, Saun & Starr), Booker levels his gravelly vocals to a breathy softness, embracing the open space omitted by the discreet instrumental accompaniment. The performance also reveals a little bashfulness in the songwriter.

The opening track, "Believe," poetically captures the search for belonging, and Booker performs the tune with warm sensibility and a brush of pathos. The band follows with the album's political title track, with Williams proficiently assuming vocal duties for the song's chorus originally sung by Mavis Staples on the LP. Booker closes the set on a mellow note with his emotional ballad "Carry."

Purchase a copy of Witness on Amazon. For concert tickets and more, check out Benjamin Booker's Zumic artist page. 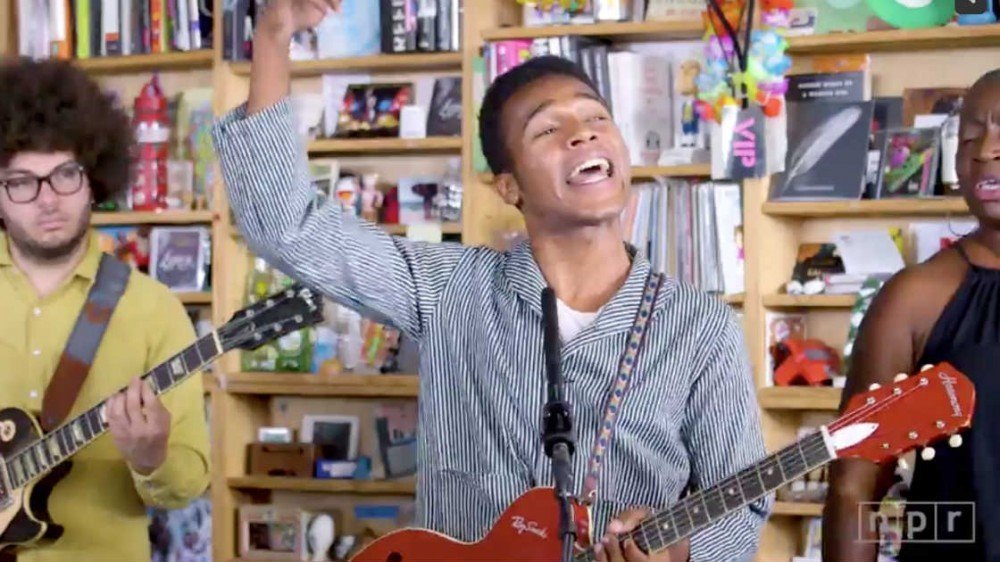 "Believe"
Benjamin Booker (YouTube)
Music Blues Rock Garage Rock Rock Benjamin Booker New Orleans, LA
2
3
Back to top
You must be logged in to upvote.
Registration and login will only work if you allow cookies. Please check your settings and try again.