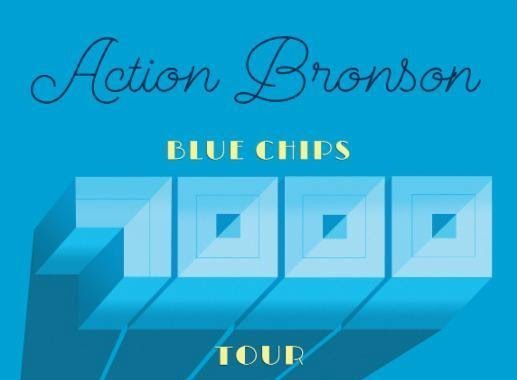 Rapper-turned-culinary connoisseur Action Bronson has announced Fall 2017 tour dates for North America in support of his recently released album, Blue Chips 7000. The new concerts are in addition to Bronson's previously-scheduled appearances at Riot Fest, Project Pabst Festival, and The Meadows Festival in September.

The Blue Chips 7000 performances kick off on October 5 in Dallas, Texas. After stops in the Midwest and along the West Coast, the tour concludes in Worcester, Massachusetts on December 3. More dates are expected to be announced shortly; check this page once that information becomes available.

Action Bronson Tour Dates and Tickets Near You

When do Action Bronson 2017 tour tickets go on sale and what is the presale code?

The Live Nation presale offer code is VINYL and the LN Mobile app password is COVERT. For the Citi cardmember presale, you can use the promo passcode 412800, but you will need a Citi card to complete your purchase.

We recommend following Action Bronson on social media and signing up for his (bottom of page), in addition to checking your local venue’'s social media and email subscription service, to get the most up-to-date information. 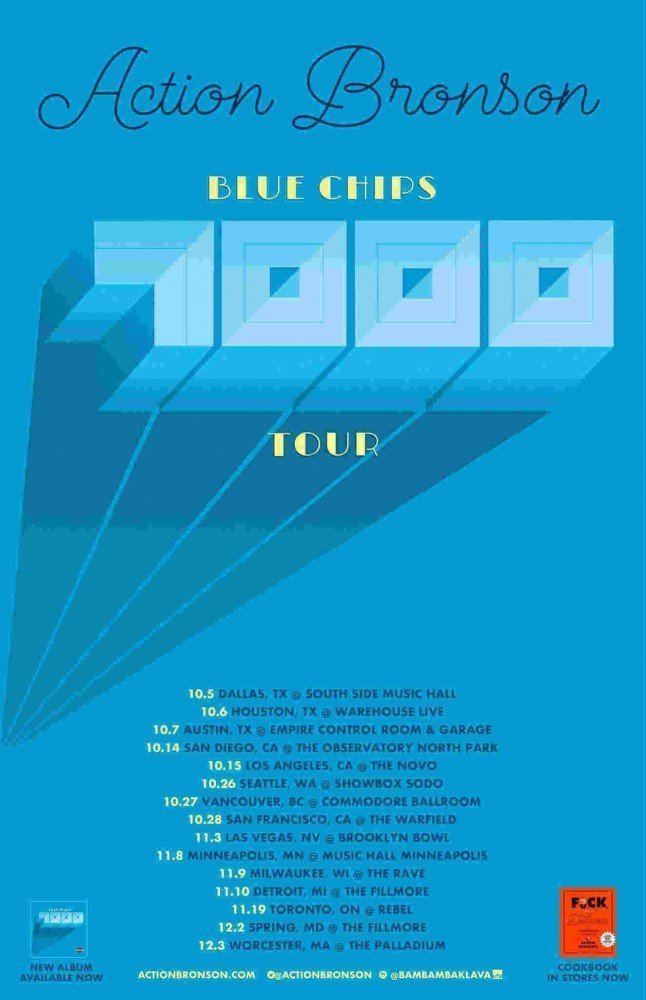 "The Chairman's Intent" - Action Bronson [YouTube Music Video]
Music Hip Hop Action Bronson Official Music Video
1
12
Back to top
You must be logged in to upvote things.
Registration and login will only work if you allow cookies. Please check your settings and try again.