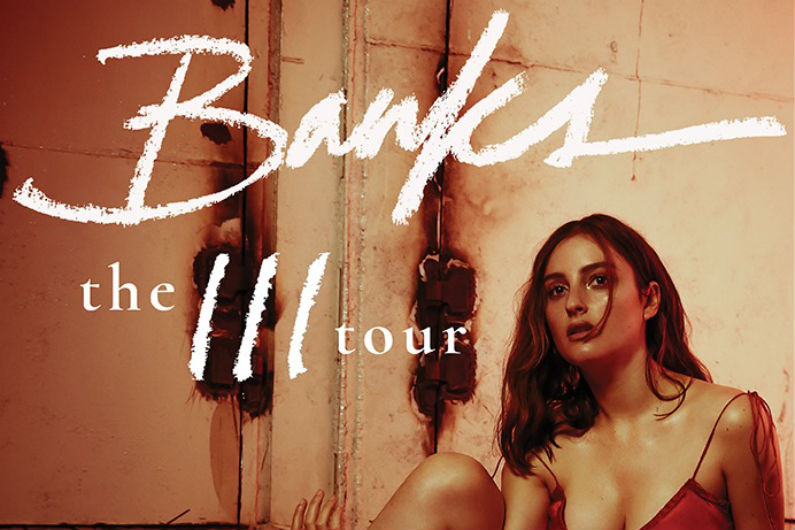 BANKS has added 2019 tour dates that will be in conjunction with her upcoming album III.

During an otherwise quiet summer for the singer otherwise known as Jillian Rose Banks, the album will be released on July 12, and she will perform at a House of Vans event the day before in Chicago. Last week, she shared a music video for the album's first single, "Gimme."

BANKS All Tour Dates and Tickets

When do BANKS 2019 Europe tickets go on sale and what is the presale code?

The general public on-sale begins as early as June 14 at 10 am local time. Presales for Artist, merchandise, and local venues / radio will begin on June 11. Live Nation and LN Mobile App presales will follow.

The Live Nation / Ticketmaster presale password is GROOVE and the LN Mobile App code is COVERT. Keep in mind, each date is different and details are subject to change. Click through the individual concert links for more information about the show you're interested in.

We recommend following BANKS on social media and signing up for her free email newsletter(right sidebar), in addition to checking your local venue’s social media and email subscription service, to get the most up-to-date information. 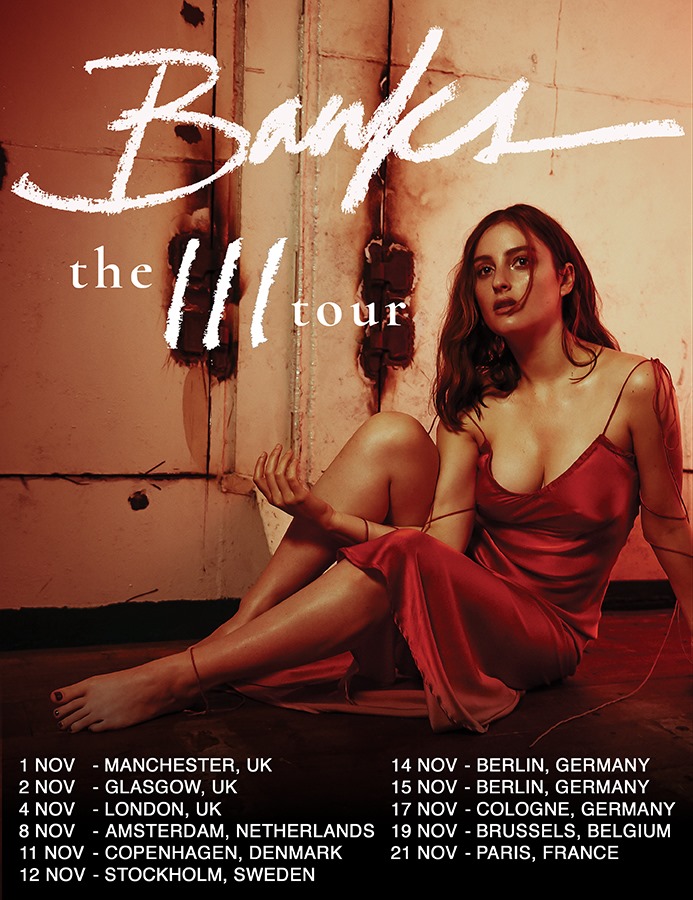 BANKS Sets 2019 Tour Dates: Ticket Presale Code & On-Sale Info
Tickets Electronic Pop Synth Pop BANKS Kevin Garrett
2
6
Back to top
You must be logged in to upvote.
Registration and login will only work if you allow cookies. Please check your settings and try again.