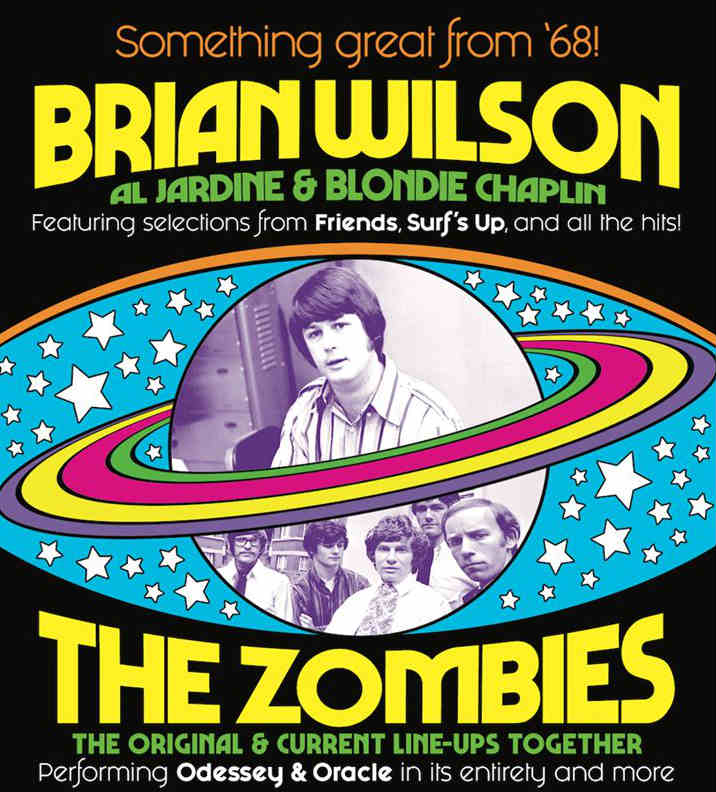 Brian Wilson and The Zombies have announced 2019 tour dates that are being billed as Something Great From ’68.

The newly announced concerts are scheduled to begin in late August and extend into September. Wilson and his band will play his timeless hits in addition to highlighting songs from a couple of classic Beach Boys albums: 1968's Friends and 1971’s Surf’s Up. Also of note, his band will be supplemented by Beach Boys cohorts Al Jardine and Blondie Chaplin. Meanwhile, The Zombies will perform their 1968 album Odessey and Oracle in full with classic era members Chris White and Hugh Grundy.

Each artist has their own separate schedule in addition to the co-headlining tour, so check the ticket link description below for the exact lineup at each date.

Brian Wilson, The Beach Boys, The Zombies Tour Dates and Tickets Near You

Brian Wilson, The Beach Boys, The Zombies All Tour Dates and Tickets

When do Brian Wilson and The Zombies 2019 tour tickets go on sale and what is the presale code?

For the Citi presale, you can try using passcode 412800 and 541712 for the Chase presale, but you'll need a Citi or Chase card to complete your purchase. The Live Nation / Ticketmaster presale password is REPLAY and the LN Mobile App code is COVERT. Keep in mind, each date is different and details are subject to change. Click through the individual concert links for more information about the show you're interested in.

We recommend following both artists on their social media accounts, in addition to checking your local venue’s social media and email subscription, to get the most up-to-date information.

For more, check out the Brian Wilson and The Zombies Zumic artist pages.

The Zombies
Powered By