Pink Floyd have rightfully earned their spot as one of the most revered and beloved rock bands of all time. This week, they've released what they are calling their final album, The Endless River, recorded without founding member Roger Waters (who left the group in 1985). Listen above, via the official Spotify stream, and order on Amazon.com

for the ultimate listening experience.

As a Pink Floyd fan since the age of 10 and someone who has listened to all of their albums many times over, I must say that listening to The Endless River has been a religious experience for me and one that I've enjoyed very much. In the world of music, where bands constantly reunite in order to find that old spark (and the money that comes with it), this is the most graceful and important "reunion" record in recent memory.

The album showcases a major part of what makes Pink Floyd great: this is a monumental piece of art. For people familiar with Pink Floyd's music, this is an experience that is deeply personal and intimate. Over 4 album sides and 21 tracks (including 3 digital bonus tracks), The Endless River is a journey of epic proportions. However, it's also missing a major part of what made Pink Floyd great: lyrics. The lack of lyrics isn't necessarily a bad thing, and it's something worth delving deeper into.

Throughout their career, Pink Floyd have written songs to make pointed statements ranging from critiques of society to the philosophical nature of life and death, love and longing, and our place in the universe. On The Endless River, only one song has lyrics: "Louder Than Words."

The overarching theme on The Endless River is Pink Floyd addressing their mortality as individuals and as a band. David Gilmour and Nick Mason have called the album a tribute to keyboardist Richard Wright, who passed away of cancer in 2008. Wright's keyboard parts from unused 1994 Division Bell sessions lay the foundation for much of the album, supplemented with some newly recorded parts from Gilmour and Mason, tied together with clever editing.

The song titles help explain the inspiration and emotion behind each track on this new album, as does the album cover art which was created by the Egyptian digital artist Ahmed Emad Eldin. It's worth noting that longtime Pink Floyd graphic artist Storm Thorgerson passed away in 2013.

The ambient, ethereal sounds of the album are a fitting way to capture the twilight of Pink Floyd's lifespan. This is an album that is true to what Pink Floyd were, what they are now, and what their legacy will remember them by. "It's What We Do" is a callback to Wish You Were Here era Floyd, namely "Shine On You Crazy Diamond" and "Have A Cigar," with those familiar grooves and the keyboard and guitar sounds being nearly identical.

"Sum" has some of the mechanical spaceship sounds that Pink Floyd nearly perfected in the '70s. Juxtaposed against that are phenomenal slide guitar playing from Gilmour and a brilliant bouncey groove from Mason, whose lead drumming continues into "Skins".

"Anisina" translates from Turkish to English as "in memory of" and features Wright's piano prominently. While the song isn't necessarily bad, it sounds more like elevator music than rock and roll. The piano part sounds like it came from a safety instructions video you'd watch on an airplane before takeoff, a corporate training video, or something of that ilk. Again, it isn't a bad song... but for my taste it is a weak spot on the album in spite of some solid saxophone and guitar playing.

Side 3 is a classic album side that holds up very well. "The Lost Art of Conversation," "On Noodle Street," and "Night Light" are nice short tunes that are playful and interesting. "Allons-y" parts 1 and 2 sound a lot like "Run Like Hell" from The Wall, and provide a nice bed around "Autumn '68," which contains a vaunted clip of Richard Wright playing the pipe organ built into the Royal Albert Hall, taken from 1968. The side ends with Stephen Hawking making an appearance on "Talkin' Hawkin'," just as he did on The Division Bell track "Keep Talking" in 1994.

Side 4 is a fitting end to the album, setting up the only song with lyrics, "Louder Than Words," which addresses the history of the band and the infighting that has in some ways overshadowed the music of Pink Floyd since the '70s. "Calling" is dark and mysterious, with signature Pink Floyd production that flows seamlessly into the Gilmour-led "Eyes To Pearls" and then spacey "Surfacing."

The digital bonus tracks are a bit peculiar. "TBS9” and "TBS14” are minor-key meditations that feature bass more prominently than most of the other tracks on the album. "Nervana" is heavy guitar rocker, and one of the most satisfying songs on the album because it feels more wild and free than the other tracks which are mostly constrained and tightly organized. In my opinion, all 3 tracks should have been included in the vinyl edition of the album, and they are all stronger than the aforementioned "Anisina."

For fans like myself who prefer the musical sensibilities of David Gilmour over Roger Waters, The Endless River may be the most enjoyable album Pink Floyd has released since Wish You Were Here in 1975. Of course, that point would be up for debate as The Wall (1979) is seen by many as a great artistic achievement in part because it was conceptually ambitious and accompanied by a feature film, and Animals (1977) is another widely loved album that features some of the darkest music Pink Floyd has made.

The great strength of this album is that it feels natural and it sounds familiar. The songs all flow nicely, and there's a lot of great playing on it. There is only one band who could have made The Endless River. While it may not resonate with all Pink Floyd fans, it's sure to please a good number of them.

You can buy The Endless River on Amazon.com (Vinyl, CD / Blu-Ray, MP3) and iTunes. 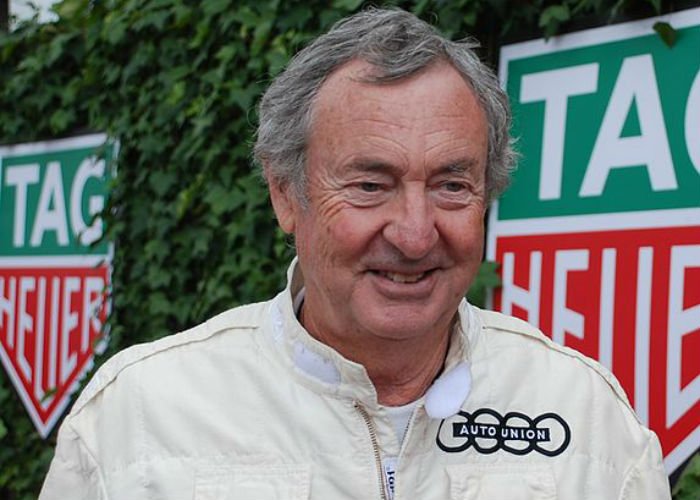 "Echoes"
Rodrigo y Gabriela (YouTube)
Music Classic Rock Psychedelic Rock Rock Pink Floyd Rodrigo y Gabriela Audio Single
3
25
Back to top
You must be logged in to upvote things.
Registration and login will only work if you allow cookies. Please check your settings and try again.