Official video of Robert Plant and The Sensational Space Shifters' 2015 Bonnaroo performance has been released. Above, you can watch a stellar performance of "Fixin to Die," a hard-rocking take on Bukka White's original "Fixin to Die Blues."

The nearly seven-minute rendition is a testament to Plant's legendary vocals. However the highlight of the performance is an extended Justin Adams guitar solo that left even Plant slack-jawed. That's pretty impressive, considering the amount of time Plant spent around another notable guitarist.

What was his name, again? Oh yeah, Jimmy Page... "Fixin To Die" was included in a "Whole Lotta Love" medley included on Led Zeppelin's BBC Sessions album, and there's some pretty cool bootleg footage on YouTube of Led Zeppelin's acoustic version of the song recorded in the '70s.

Robert Plant and The Sensational Space Shifters' 2014 album, lullaby and... The Ceaseless Roar, is available on Amazon (Vinyl, CD, MP3).

And if you dug the Bukka original, you can pick it up here. 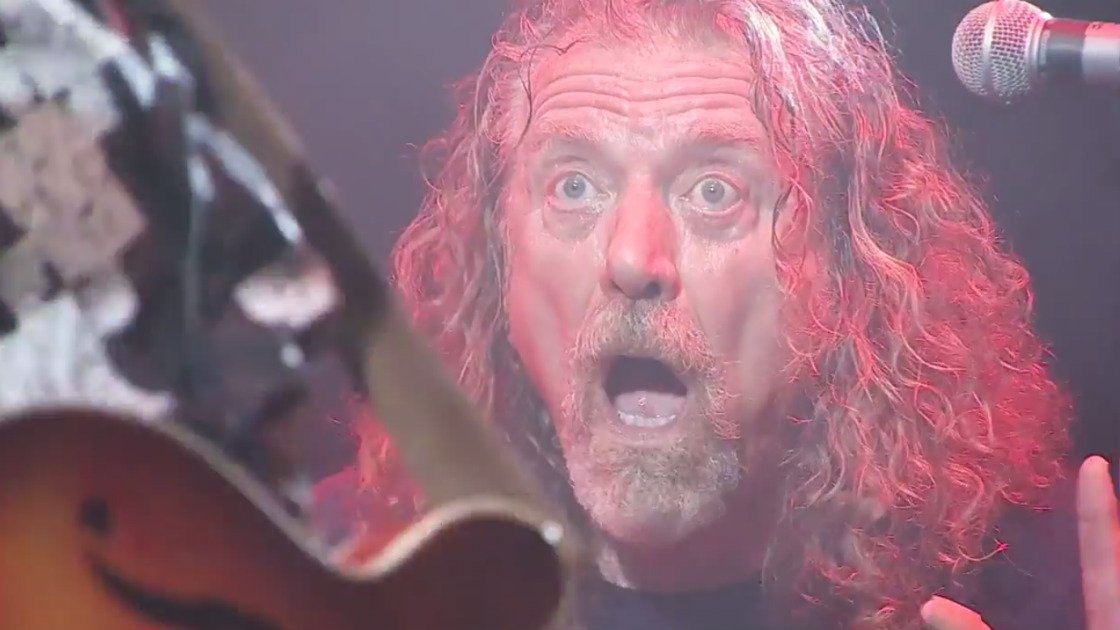