"For Whom the Bell Tolls" - Metallica at Hampton Coliseum in Hampton, VA on Aug 3, 1986 [YouTube Audio Single]

On November 10, 2017, Metallica will release a remastered box set of their 1986 album Master Of Puppets. To give fans a taste of what to expect, the band has shared a live version of their song "For Whom the Bell Tolls," which was performed in Hampton, Virginia on August 3, 1986. Listen to it above, courtesy of the band's YouTube channel.

The recording is a very interesting look back in time to the band's earlier years. The late Cliff Burton is featured on bass, and John "Stack" Marshall, the band's guitar roadie, is on rhythm guitar. After some commentary from frontman James Hetfield, the group dives into the song with breakneck guitar riffs and Hetfield's screaming vocals.

Pick up the box set on Amazon. 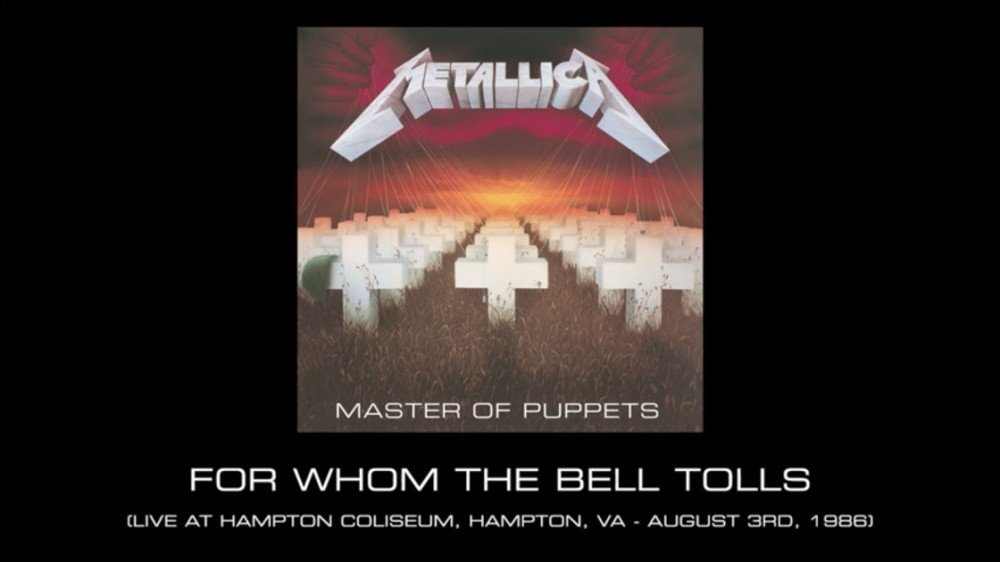 Metallica and Slipknot Team Up for 2019 Tour Dates: Ticket Presal...
Tickets Alternative Metal Classic Rock Hard Rock Hits Metal Rock Metallica Slipknot
3
2087
Back to top
You must be logged in to upvote things.
Registration and login will only work if you allow cookies. Please check your settings and try again.