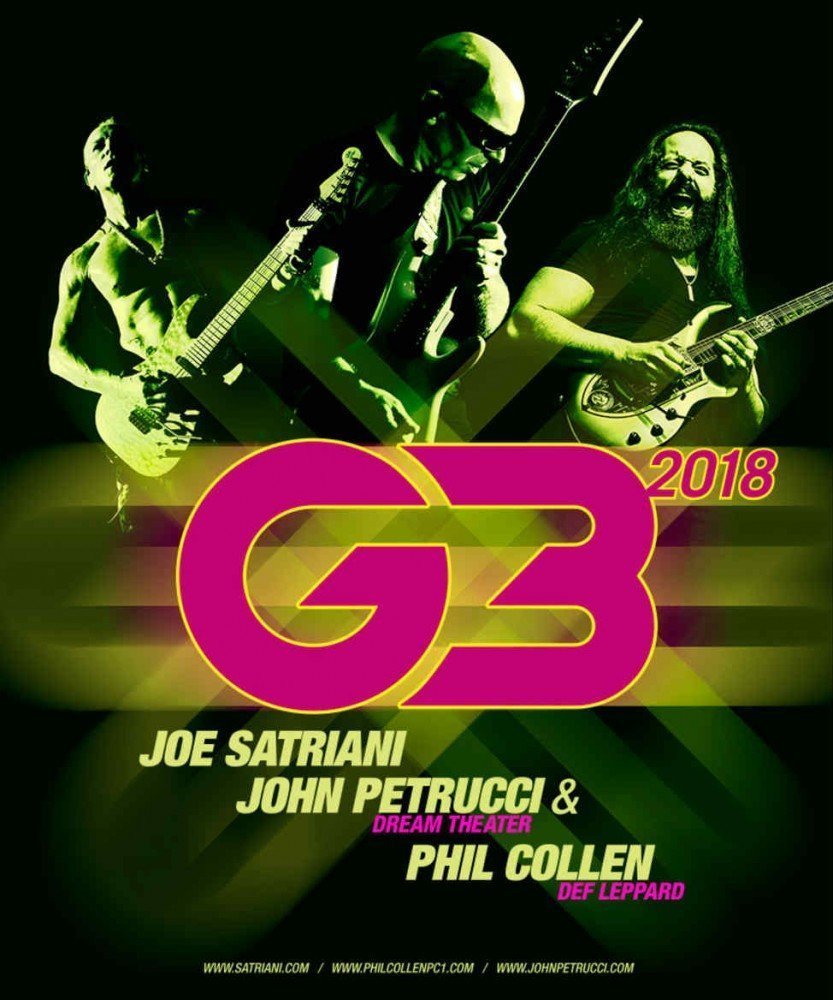 Guitarist Joe Satriani has announced 2018 G3 tour dates in support of his upcoming solo album, titled What Happens Next, which is slated for a January 12, 2018 release date. Satriani will be joined by Dream Theater's John Petrucci and Def Leppard's Phil Collen. On past G3 runs, Satriani has been joined by several other notable guitarists, including Kenny Wayne Shepherd and Steve Vai.

The performance schedule kicks off on January 11, 2018 in Seattle and extends until late February. The newly announced concerts are in addition to a special performance by Satriani on October 14 at the Mill Valley Film Festival, where the premier of Beyond The Supernova (a documentary on Satriani's 2017 tour) will take place. The film is directed by the guitarist's son, ZZ Satriani.

When do Joe Satriani, John Petrucci, and Phil Collen 2018 North America tickets go on sale and what is the presale code?

We recommend following Joe Satriani on social media and signing up for his free email newsletter, in addition to checking your local venue’'s social media and email subscription service, to get the most up-to-date information.

For What Happens Next, Satriani teamed up with Red Hot Chili Peppers' drummer Chad Smith and Deep Purple's Glenn Hughes.