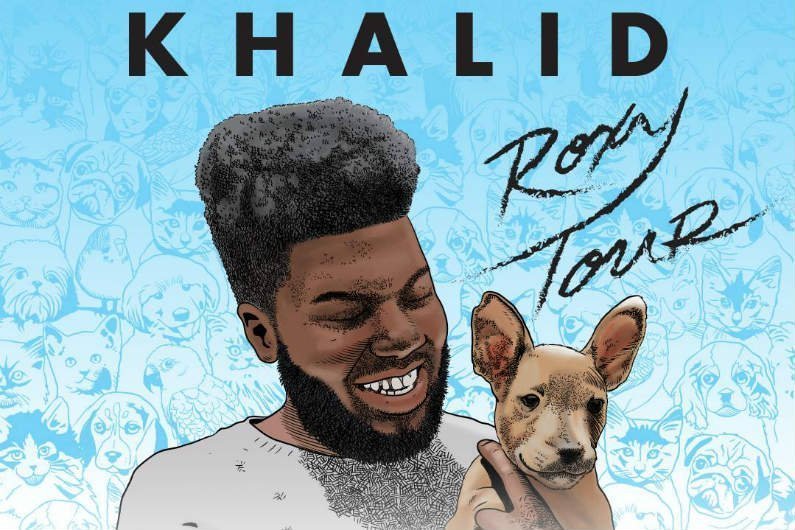 Khalid has announced 2018 tour dates for North America. The new shows are in addition to his previously planned 2018 European tour in conjuction with the singer's debut LP American Teen, which was released this past March. Khalid will also be performing alongside Bruno Mars at London's Hyde Park in July.

The newly announced concert schedule kicks off with a one-off show at Radio City Music Hall in New York City on January 27. The North American tour resumes on May 1 in Portland, Oregon and extends until early June.

Khalid, who named the tour after his dog Roxy, explained on his Facebook page that the pet adoption process, "allowed me to realize how important humane shelters are and how powerful animal adoption can be! With every ticket purchase on this tour, a donation will be made to a local animal shelter!"

When do Khalid 2018 tickets go on sale and what is the presale code?

Keep in mind, each date is different and details are subject to change.

We recommend following Khalid on social media and signing up for his free email newsletter, in addition to checking your local venue’s social media and email subscription service, to get the most up-to-date information.

Purchase a copy of American Teen on Amazon. For more, check out the Khalid Zumic artist page.