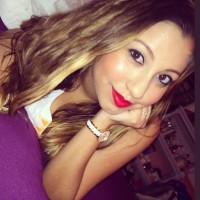 The Rich Gang rapper flaunts his money by riding around in his all-white Ferrari while rocking gold grilz and gold chains. In some scenes, the "Slow Motion" rapper wears a suit and is surrounded by booze, friends, and hot girls as he brags about his luxuries and success in this new track. Juvenile and Gaye seem to make a great team in this motivational Rap / R&B track.

You can download and stream the Mardi Gras 2 mixtape for free on LiveMixtapes.com.