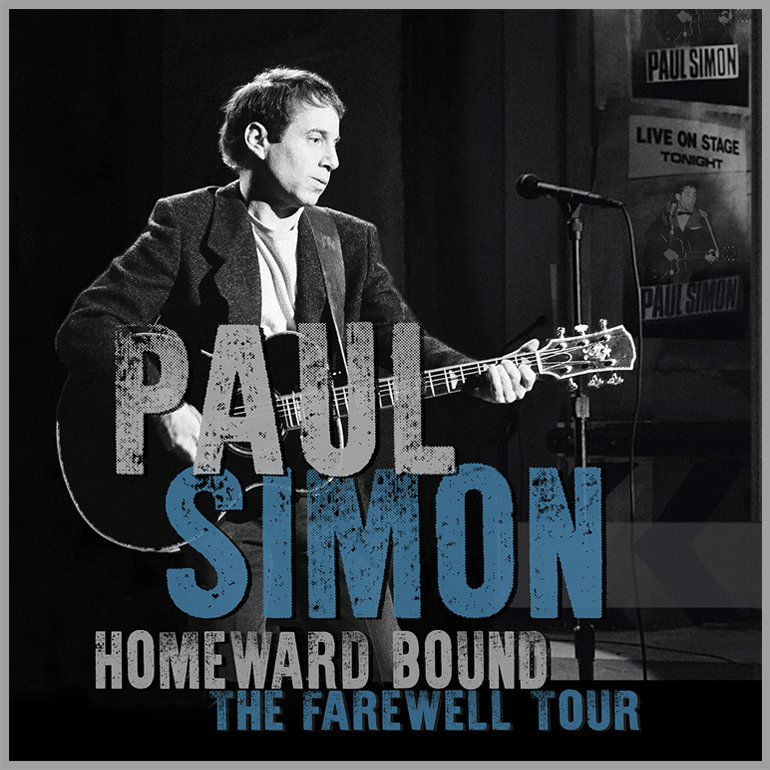 In 1993, the singer played a "Farewell" concert in 1993 with Art Garfunkel.  Ten years later, the two were touring the world again.  Take the word "Farewell" with a grain of salt, as Simon has said he will continue playing some concerts, especially for charitable causes, but his days touring the world are numbered.  Scroll below the tour dates on this page for his full statement to fans.

Updated on March 12, 2018: Another batch of tour dates have been added, happening from May to September.  Stay tuned to this page when additional information becomes available.

When do Paul Simon 2018 tour tickets go on sale and what is the presale code?

Tickets for his previously announced shows are now on sale.

For the new dates, the general public on-sale begins as early as March 17, 2018.

VIP package and American Express cardmember presales begin on March 13. Live Nation, LN Mobile App, and local venue / radio presales follow. The Live Nation presale offer code is ANTHEM and the LN Mobile App code is COVERT. American Express card holders can use the presale code INGOLD to access the presales, but you'll need an AmEx card to complete your purchase. Keep in mind, each date is different and details are subject to change. Click the links below for the show you're interested in.

We recommend following Paul Simon on social media and signing up for his free email newsletter (top of page), in addition to connecting with your local venue, to get the most up-to-date information.

In an interview with The New York Times in 2016, Simon talked about the end of his road as a musician.   While these concerts are being called a farewell, Simon will continue performing in a limited fashion. Earlier today, he left the following statement on his website:

I’ve often wondered what it would feel like to reach the point where I’d consider bringing my performing career to a natural end. Now I know: it feels a little unsettling, a touch exhilarating, and something of a relief.

I love making music, my voice is still strong, and my band is a tight, extraordinary group of gifted musicians. I think about music constantly. Sadly, we lost our lead guitarist and my friend of 30 years, Vincent N’guini, who died last December. His loss is not the only reason I’ve decided to stop touring, but it is a contributing factor. Mostly, though, I feel the travel and time away from my wife and family takes a toll that detracts from the joy of playing. I’d like to leave with a big Thank You to the many folks around the world who’ve come out to watch me play over the last 50 years.

After this coming tour, I anticipate doing the occasional performance in a (hopefully) acoustically pristine hall, and to donate those earnings to various philanthropic organizations, particularly those whose objective is to save the planet, ecologically.

Once again, I am very grateful for a fulfilling career and, of course, most of all to the audiences who heard something in my music that touched their hearts.

If you haven't done so already, pick up Paul's 2016 album, Stranger To Stranger, on Amazon. You can also stream the full LP for free and read our review here on Zumic.

For more, check out the Paul Simon Zumic artist page.