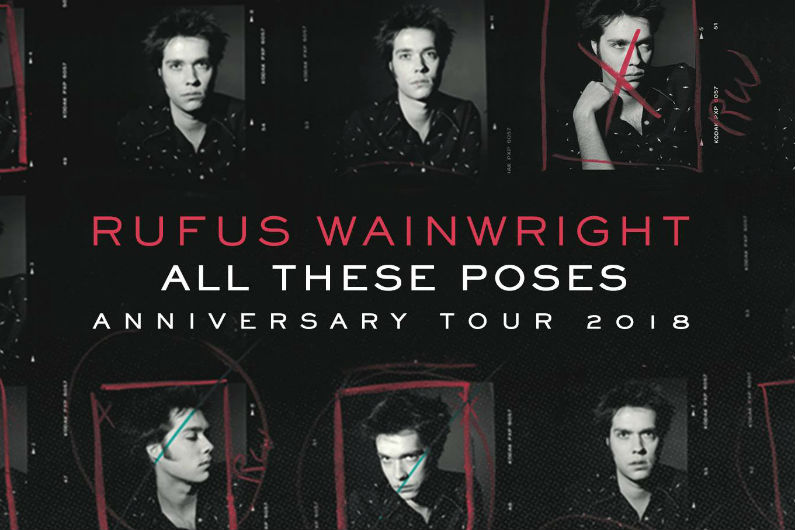 Rufus Wainwright has announced 2018 tour dates for North America. To celebrate the occasion, he will perform his 1998 self-titled debut album and the follow-up, 2001's Poses, in their entirety.

These are in addition to his planned North American, UK, and European dates from later this month to July.  The new shows are scheduled to begin in early November and extend into mid-December.

When do Rufus Wainwright 2018 North America tickets go on sale and what is the presale code?

The Artist presale password is aprilfools. The Live Nation presale offer code is DANCE and the LN Mobile App code is COVERT. Chase card holders can use the presale code 541712 to access the presale, but you'll need a Chase card to complete your purchase. Click through the individual concert links for more information about the show you're interested in. Keep in mind, each date is different and details are subject to change.

We recommend following Rufus Wainwright on social media and signing up for his free email newsletter (bottom of page), in addition to checking your local venue’s social media and email subscription, to get the most up-to-date information.

For more, check out the Rufus Wainwright Zumic artist page.