Australian psych-rock mainstays Pond have released a music video for their new single, "Sixteen Days."  Former Tame Impala touring bassist Nick Allbrook's primary project, which has been quite active and developed a strong name for itself over the past several years, is releasing the track ahead of upcoming fall tour dates and a yet-untitled album slated for release in Spring 2019.

Not exactly known for staying consistent in their sound, Pond experiment regularly and incorporate genre-crossing influences from King Crimson to Kraftwerk.  "Sixteen Days" leans more towards the electronic-funk side of things in its rhythm section and use of vocoder on the chorus, while Allbrook's clean vocals on the verses are closer to post-punk or glam-period Bowie.

More accessible than a lot of the band's slower, spacier work, the song sees the band embracing a higher focus on melody and danceable pop song structure.  It is a good attempt at the "'80s revival" that has been popping up more and more in semi-mainstream rock/pop recently, carrying a knowledge of new-wave that acknowledges its radio potential along with its more obscure, experimental roots.  Considering this track's production by Kevin Parker and their prior relationship, it is not surprising that Pond is following a path similar to the retro-synth inspired sound Tame Impala developed on their 2015 album Currents.

In a strange statement, Allbrook said that "Sixteen Days is about, once upon a time, being jealous and paranoid, too ground down and mad to enjoy love and Genoa," whatever that means.  Slightly (though not entirely) clarifying his statements, the lyrics hint at a potential meaning while remaining quite obscure; surreal lines like, "Well, I've got sixteen days to be a man about it / And there were five pairs of eyes on you today, I counted," read like a breakup song written by George Orwell.

The video, directed by filmmaker Kristofski, carries the same strange, vintage aesthetic from its shot-on-VHS look to the futuristic-yet-retro appearance of the band members themselves.  A music video mocking the process of a vintage music video shoot itself, Allbrook (much like Iggy Pop, down to the shirtlessness) energetically runs around the stage while the backing band remains stoic, nearly robotic in comparison.  To add to the already strange atmosphere, the cameramen are revealed to be a group of sweaty male bodybuilders straight out of a dusty old workout tape. While the concept is fairly straightforward, the presentation is surreal — reflecting the accessible, yet still uniquely psychedelic nature of the track's sound.

Pond will be on a North American tour throughout October and November. For more information and upcoming tour dates, check out their Zumic artist page. 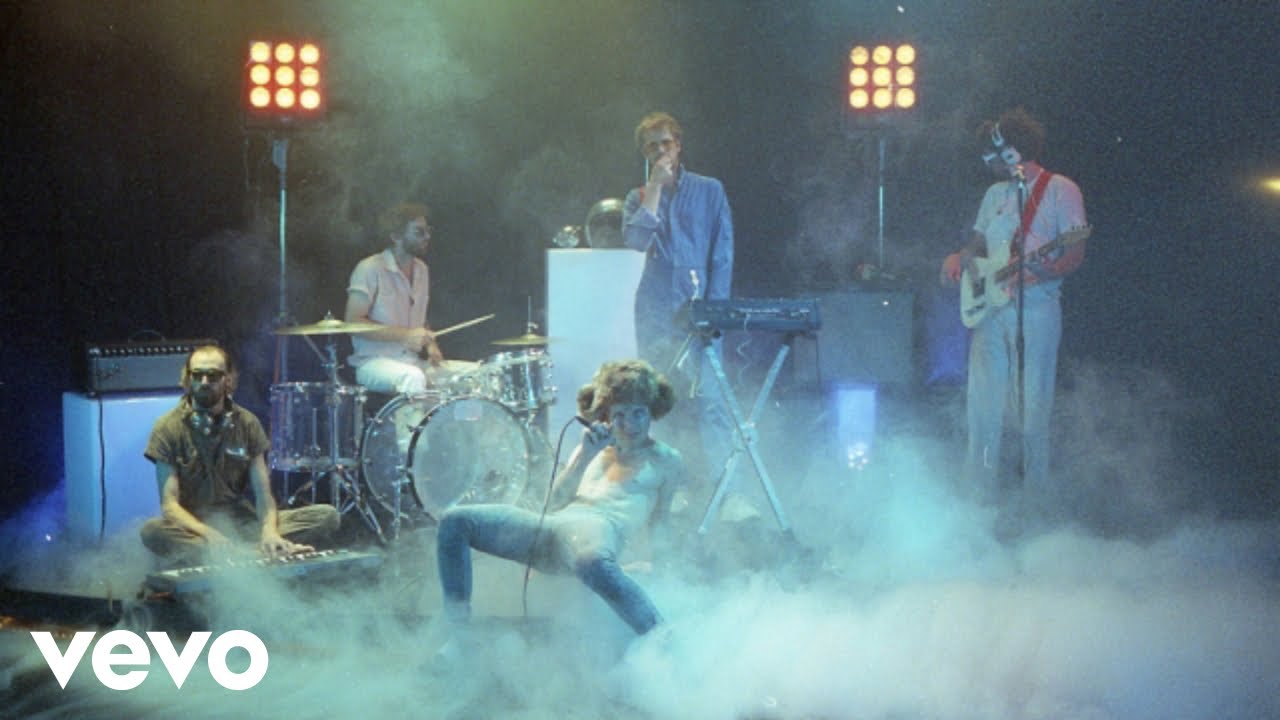 Bassist Nick Allbrook leaves Tame Impala, Replaced By Cam Avery
News Garage Rock Psychedelic Rock Pond Tame Impala Australia
1
5
Back to top
You must be logged in to upvote.
Registration and login will only work if you allow cookies. Please check your settings and try again.