Rowsell plays a runaway bride in her self-directed video

Wolf Alice's Ellie Rowsell is a woman of many talents: singing, lyric-writing, directing, running.  In the band's newest music video for "Space & Time," she gets the chance to do all four.  Watch it above on YouTube.

The self-directed, cinematic music video features Rowsell frantically running while clad in a wedding dress and veil.  The first 30 seconds of the video is silent, with only the faint sounds of her footsteps.  Never slowing down or turning back, she runs from a forest to a city to another forest to a field, coming to a brief stop at the lyrics, "I feel I'm losing control of my body."  Eventually, she ends up on some rocks overlooking an ocean, and the video ends with her staring off into the sea, alone.

The runaway bride trope, as well as Rowsell's isolation, reflect the song's themes of facing life's tough decisions alone.  The song also deals with the idea of looking back on difficult moments, with lyrics that go, "Oh, God, I was strange now, weren't I? / I hope that when I look back I will laugh."  Wolf Alice also wrote in a Tweet: "Space & Time" is about looking back at this moment in time and knowing it won't be as bad as it feels right now." 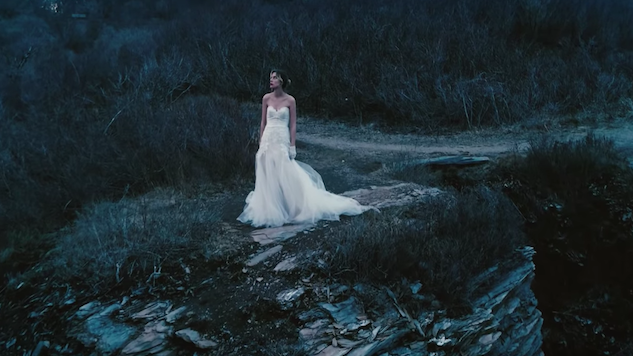 "Don't Delete The Kisses" - Wolf Alice [YouTube Audio Single]
Music Electro Rock Wolf Alice Audio Single London, UK
1
6
Back to top
You must be logged in to upvote things.
Registration and login will only work if you allow cookies. Please check your settings and try again.