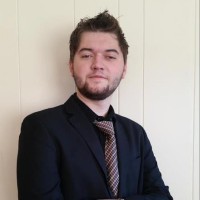 The band begin with their unique take on the traditional song "Careless Love" and a couple of songs from his 2016 album Last Danger of Frost: "Tongue N' Groove" (originally by Kimock's band Zero) and "Surely This Day." The performance was very somber and mellow at a slow pace which was very appropriate for the acoustic setting.

Since 1974, Steve Kimock has made a name for himself as a guitar virtuoso. In 1984, he was a co-founder of the band Zero which later added Bobby Vega to the lineup, and he has been in several high profile Grateful Dead offshoot bands going back to the late '70s. He said in a recent interview with Relix:

My interests off the stage, if I'm not up there doing lead guitar or the rock band thing, are more along the lines of playing with acoustic guitars and electronics... When I’m at home, I’m always playing the acoustic, working on the fretless stuff and the slide stuff — specific intonations — and doing whatever sound design I can manage with whatever electronics are around.

During this particular performance, Kimock plays completely acoustic with no amplifiers or effects pedals. The band sound great, and his pedal steel slide guitar at the end of the set leaves things on a nice note.

Last Danger of Frost is now available on Amazon. You can also stream it and read our review here on Zumic.