As the summer rapidly approaches and the cicada invasion looms, New York's outdoor music scene has started to kick into full gear. Chief among these events is NYC's annual SummerStage, a summer-long festival that is free to the public and takes place in various city parks throughout all five boroughs. It is put on by the City Parks Foundation as part of their overall mission of revitalizing local communities through building initiatives and strengthening the ties between public space and the citizens that enjoy it. Over two decades of bringing quality arts and music to the city at no charge has placed SummerStage squarely at the forefront of the New York's cultural landscape. Since its inception, SummerStage has sought to bring in acts from all over the world to not only entertain its audience but also enlighten and educate.

2013's version of SummerStage is no different. With a focus on the history of hip hop and so, by proxy, a history of the city itself, this year's event promises to be another historic chapter in the festival's legacy. The multi-disciplinary series is entitled "This is _ Hip Hop", with the the blank space an invitation for one's own personal editing, "This is MY Hip Hop" or "This is CLASSIC Hip Hop." From relative newcomers like the Flatbush Zombies and the Underachievers to the father of hip hop himself, DJ Kool Herc, SummerStage has provided the public with a dream line up of what was, what is now and what will be for hip hop. A combination of live music, theater and film screenings will provide visitors with an in-depth look at the art form and the culture that it helped take from the South Bronx and turn into a now global phenomenon. Beyond just hip hop, however, SummerStage's lineup is filled with acts and performances that span the entire spectrum of music, from Jimmy Heath and his band playing their "Bird is the Word" piece as part of the Charlie Parker Jazz Festival to She & Him and Camera Obscura playing the SummerStage Benefit show, the festival is sure to not disappoint.

In preparation for this year's run we chatted with the man to the right, James Burke, Director of Arts & Cultural Programs for City Parks Foundation, to get an insider's guide to SummerStage 2013. Check out the full interview below and click here for this year's full calendar.

TM: Thanks for talking to us! To start off, can you give us a brief description of SummerStage?

JB: Yeah, absolutely. Let me paint the big picture for you: SummerStage is entering its 28th consecutive season and is New York's largest free performing arts festival, put on by City Parks Foundation, a non-profit organization whose mission is to revitalize local neighborhood parks. The bulk of what we do is actually in smaller neighborhood parks but most people know us for the large scale productions we do in Central Parks. All told, [SummerStage] is 115 free music, dance, family, comedy and work programs that attract about 280,000 people every season.

TM: Wow. So why the focus on hip hop this year?

JB: I'm glad you singled that out. We've often done a lot of old school hip hop as part of the SummerStage series and have a large presence in the South Bronx, where hip hop was born. One person we've been working with for years is DJ Kool Herc who back in '73 was throwing parties with his sister Cindy in the rec center of their housing development on Sedgwick Avenue. So we threw the gauntlet down and said that that demarcates the birth of hip hop.

TM: What is the meaning behind "This is _ Hip Hop"?

JB: In the last 40 years, hip hop has become a world cultural phenomenon. So we're doing a lot of classic, old school hip hop but also Latin hip hop and even some family hip hop. We're doing the Rock Steady Crew too so we're just trying to make the point that a lot of different people and sub-genres take ownership of that hip hop mantle.

TM: My sentiments exactly. So you're starting the season off with the Flatbush Zombies, representing the new generation and ending with DJ Kool Herc, you've basically encompassed the entire genre up to this point. Where do you see hip hop going in the future, is it in good hands?

JB: Oh yeah. I think so definitely. I mean, even internationally. We're doing this French group, part of our Fete De La Musique show, called IAM. So everything from the new originators like the Flatbush Zombies to international groups like IAM to going back to Pete Rock and Rakim.

TM: Yeah, the Pete Rock vs. DJ Premier is going to be great.

JB: Yeah well that's actually a redo! We did last year at East River Park but we had some generator issues so we only got through about half of the program. It was a total bummer and the first time we haven't been able to get all the way through a program. So were bringing it back, because it was hot while it lasted.

TM: So you've got Kool Herc playing in the South Bronx, Marley Marl playing in Queensbridge, Talib Kweli in Brooklyn. Does that add a level of authority or significance to have these artists performing in the neighborhoods they grew up?

JB: Well, yeah, that's part of the mission. We're trying to represent all parts of the city and all tastes of the city. We think it's real important to have people in their local parks.

TM: It's a great idea. Do you think that New York City is the only place that can properly tell the story of hip hop?

JB: (Laughs) To the extent we're trying to do it, yes.

TM: Ok, so tell me about King Kong and Randy Weiner?

JB: Excellent. So each year, as part of our theater program, we've been commissioning new works. So we've been working with Randy and Alfred Preisser for about a year now developing King Kong. It takes the classic tale of King Kong but translates it to a South Bronx rapper who claims that he is the king of the world. We've just read the final version of the script and we just started casting. It will take place once in Central Park and four times in neighborhood parks as a key element in our theater series.

TM: There's also discussion forums and documentary screenings. Do you think it's a responsibility of SummerStage to try to educate the people and start dialogue on various topics?

JB. Yes. This is something we have started to take more seriously in the last couple seasons. With the support of The Strand, who's kind of that series sponsor, we've been able to flesh it out in more detail in our Foreword series. Our basic goal is to bring people together in the spirit of celebration. There's a lot of performing arts centers and other educators that do a really good job but anytime that it makes sense to get some real pros together from different fields touching on different topics we love to do that.

TM: Do you think that's how SummerStage has evolved the most, from just a concert series to almost a community outreach program?

JB: Yeah well that ties in with the overall mission of the CPF (City Parks Foundation) and we hope to keep on expanding on that. Last year was the 20th anniversary of the Charlie Parker Jazz Festival and we really fleshed that out with a whole week of panels and lectures and discussions. It's a lot of extra work in the middle of our busy production season but we think it's a great thing to see the community get more actively involved.

TM: What do you think or hope the impact is on these local communities?

JB: So the operating principle is that A) if people are already enjoying their local parks we want to reward them and B) if they're not, we want to team up with different local business improvement districts and conservancy groups. Central Park obviously has a very large conservancy so we kinda think of ourselves as helping some of these smaller parks attract media attention and attention from their elected officials with the goal that they will start their own local park groups.

TM: One of the great things about SummerStage is that it's free to the public. Do you ever foresee a time when that won't be the case?

JB: (Laughs) No, that's our mission. Aside from the overall CPF mission, we just believe that giving free performing arts access to the people of New York isn't just a luxury, it's integral to keeping the city's cultural lifeblood flowing. A lot of people think they couldn't afford to see some of the things we are able to produce for free. Now we are doing a series of seven (ticketed) benefit concerts, because these things (the regular SummerStage shows) are free to the public but they aren't free for us to produce, so that's a bit of a fundraiser. But, otherwise, we've only grown and continue to get bigger acts with the goal that it's still free.

TM: So the money raised by these benefit shows goes directly to the CPF and to fund events in local parks?

TM: What can we expect from SummerStage in the future?

JB: We're looking to continue to more one-of-a-kind programs and commissions, especially in the theater and dance world. Time Warner is our theater supporter this year and besides King Kong we're also putting on a show called Diablo Love, a Howlin' Wolf reinterpretation. So we just want to continue to do these sort of one-of-a-kind programs. One of the things I'm really looking forward to this year is our performance of Big Star's Third. These special programs are what we love to do.

TM: Lastly, is there one show that you're especially looking forward to?

JB: Aside from the Big Star show, we're doing a big Roma Gypsy music day in Central Park on July 14th that features this 18-piece Romanian band Fanfare Ciocarlia and local group Red Baraat. We saw these guys (Fanfare) at a world music showcase a couple years ago and knew we had to get them. After a couple years of passport and tour troubles, we've finally landed them. It's been awhile in the making and it's gonna be a fun day.

TM: I cant wait for this summer, there isn't a bad show in the entire line-up. Thanks for your time and we will see you out there!

JB: Oh no worries. Thank you! I'm there everyday!!

Check here for the full calendar to see when and where you'll be experiencing SummerStage 2013. 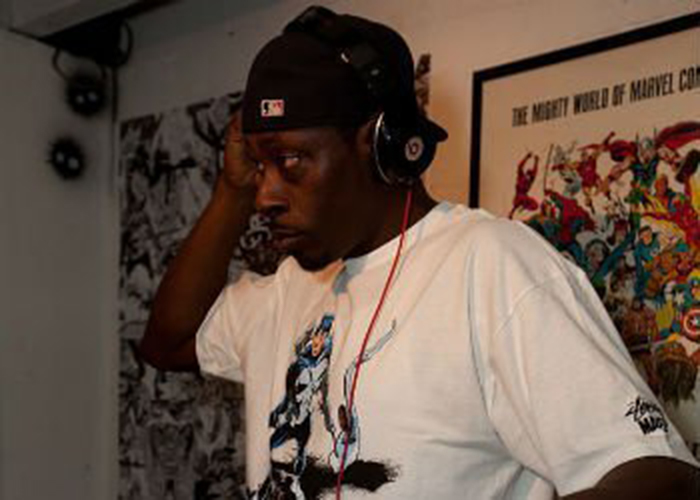