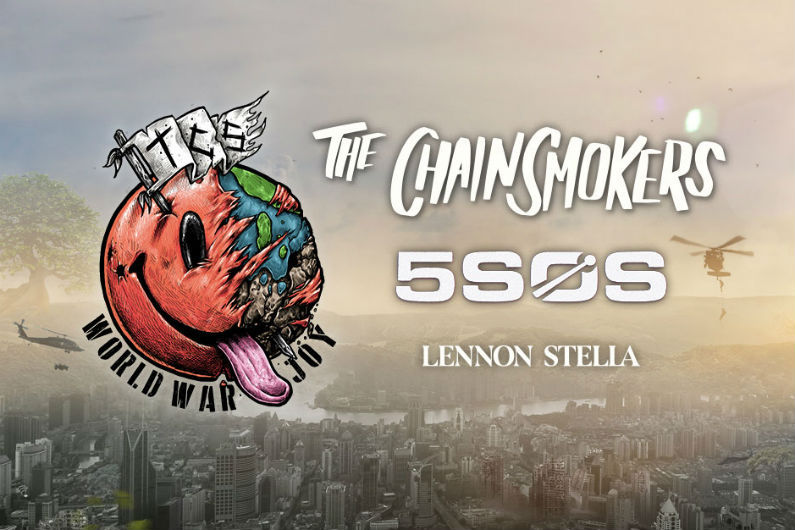 The Chainsmokers and 5 Seconds of Summer (5SOS) have announced 2019 dates that are being billed as World War Joy.  This follows a joint collaboration between the two groups released last week called "Who Do You Love."

This is a fantastic lineup for lovers of electronic pop.  The Chainsmokers have ascended to superstar status on the scene with a slew of hits featuring the likes of Halsey, Daya, Emily Warren, and Coldplay.  Meanwhile, 5SOS have transitioned from their early roots as a pop-rock band with elements of punk to a more electronic sound on their 2018 album Youngblood.  Joining as the opening act for the tour will be Lennon Stella, who broke through as an actress on the television show Nashville before racking up millions of plays on streaming services over the past year as an up-and-coming artist to watch.

Before the tour, The Chainsmokers will be performing at festivals around the world this year as well as appearing at the XS Nightclub in Las Vegas multiple times.  The arena trek is scheduled to begin in September, visiting arenas around North America through early December.

When do The Chainsmokers 2019 tickets go on sale and what is the presale code?

The general public on-sale begins as early as February 15, 2019.

The Live Nation / Ticketmaster presale password is SINGLE and the LN Mobile App code is COVERT.  Keep in mind, each date is different and details are subject to change.  Click through the individual concert links for more information about the show you're interested in.

We recommend following The Chainsmokers on social media and signing up for their free email newsletter (bottom of page), in addition to checking your local venue’'s social media and email subscription service, to get the most up-to-date information.

For more, check out The Chainsmokers Zumic artist page. 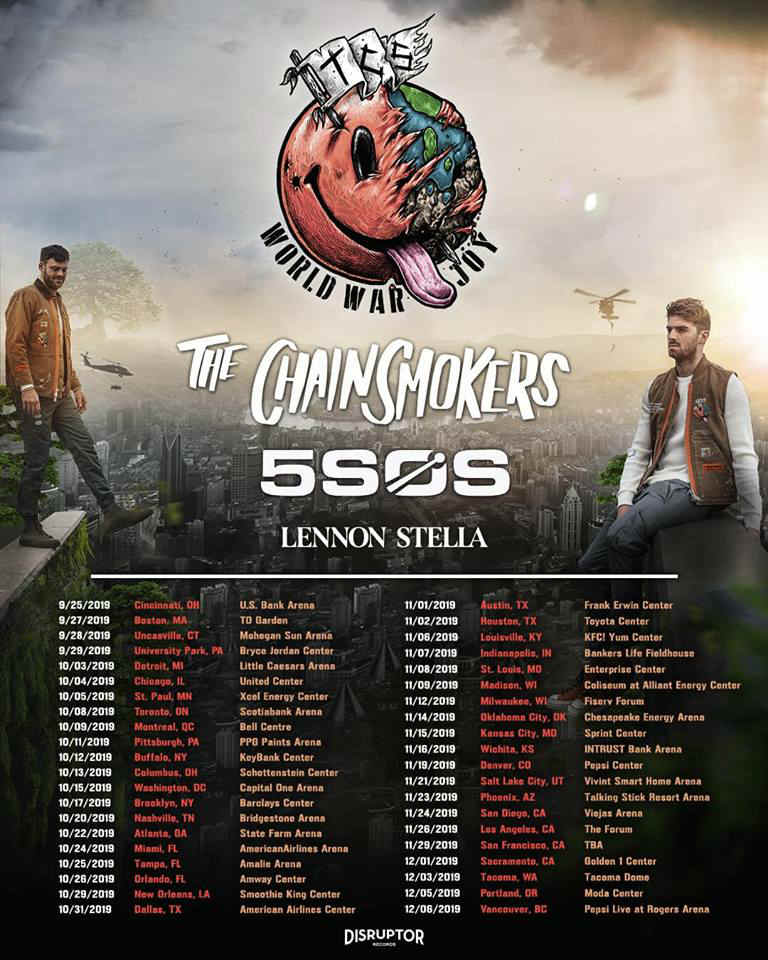 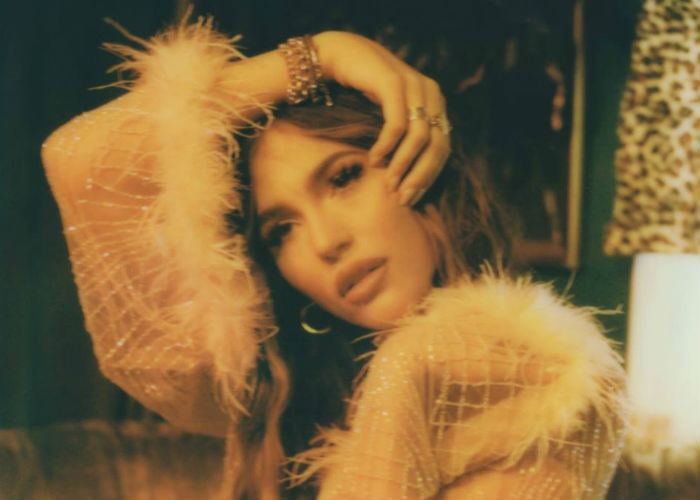 5 Seconds of Summer Extend 2019-2020 Tour Dates: Ticket Presale &...
Tickets Pop Pop Rock Rock 5 Seconds of Summer
1
23
Back to top
You must be logged in to upvote things.
Registration and login will only work if you allow cookies. Please check your settings and try again.