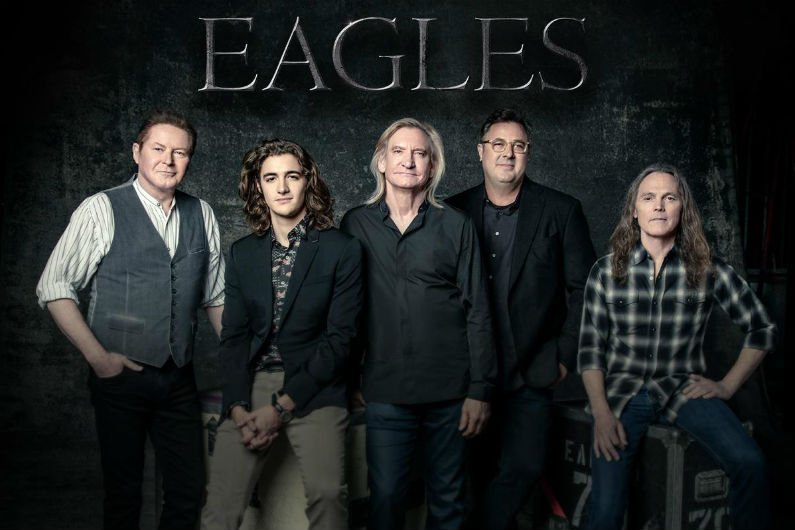 [UPDATED ON February 20, 2018] The Eagles have added September and October dates to their 2018 North American tour.

The 52-show stretch will include four concerts alongside Jimmy Buffett and the Coral Reefer Band, two with James Taylor & His All-Star Band, Chris Stapleton, and the Zac Brown Band, one with The Doobie Brothers, and 41 solo Evening With The Eagles performances. The current touring lineup consists of Joe Walsh, Don Henley, Timothy B. Schmit, Vince Gill, and Deacon Frey.

The concert schedule kicks off on March 12 in Indiana and extends into late October. Click through the individual concert links for more information about the show you're interested in. Stay tuned to this page if additional information and / or concerts are announced.

The Eagles All Tour Dates and Tickets

When do The Eagles 2018 tickets go on sale and what is the presale code?

Tickets for their previously announced shows are currently on sale. For the new dates, the general public on-sale begins as early as January 12, 2018 at 10 AM local time.

For the American Express cardmember presale you can use the promo password INGOLD, but you'll need an American Express card to complete your purchase. The Live Nation presale offer code is MYSONG and the LN Mobile app password is COVERT.  Keep in mind, each date is different and details are subject to change.

We recommend following The Eagles on their social media accounts and signing up for their free email newsletter (bottom of page), in addition to checking your local venue’s social media and email subscription service, to get the most up-to-date information.

Pre-order a copy of the band's 40th anniversary edition of Hotel California on Amazon. For more, check out The Eagles' Zumic artist page.

The Eagles
Powered By The Eagles Add 2019 Las Vegas Tour Dates: Ticket Presale Code & O...
Tickets Classic Rock Country Rock Rock Joe Walsh The Eagles
3
3654
Back to top
You must be logged in to upvote things.
Registration and login will only work if you allow cookies. Please check your settings and try again.