What a long, strange trip it's been!

Today, it was announced that the remaining core members of the Grateful Dead (Phil Lesh, Bob Weir, Bill Kreutzmann, Mickey Hart) would be joined by Phish guitarist Trey Anastasio, keyboardist Bruce Hornsby, and keyboardist Jeff Chimenti for three "final" shows at Chicago's Soldier Field on July 3rd, 4th, and 5th. Above, you can watch a video of Trixie Garcia making the announcement.

Billed Fare Thee Well: Celebrating 50 Years of Grateful Dead, these shows will commemorate the band's 50th anniversary nearly 20 years to the day from the last Grateful Dead concert, which took place at the same venue on July 9, 1995.

Due to an overwhelming number of mail order ticket requests, there will be no pre-sale. The new public on sale date is Feb 28th at 10 a.m. CST via Ticketmaster. For more information and to order tickets, go to gdtstoo.com. There is a 4 ticket limit per show.

A press release sent out today via email contained quotes from the members of the band:

It is with respect and gratitude that we reconvene the Dead one last time to celebrate - not merely the band's legacy, but also the community that we've been playing to, and with, for fifty years...Wave that flag, wave it wide and high... - Phil Lesh

I have a feeling this will come out just right. Can't wait to find out...HERE WE GO! - Mickey Hart

The Grateful Dead lived an incredible musical story and now we get to write a whole new chapter. By celebrating our 50th, we get to cheer our past, but this isn't just about history. The Grateful Dead always played improvisational music that was born in the moment and we plan on doing the same this round. - Bill Kreutzmann

Some of the performers also spoke to Billboard about these upcoming concerts:

We had to sort through a number of options. Were we going to do a festival-style event or go back to our classic mode of an evening with the band? We narrowed it down to: Let's just do it simple and clean. These will be the last shows with the four of us together - Bob Weir

I got a really heart-warming letter from Phil saying that he and the other three guys had talked about it and hoped I would do it. I didn't hesitate for a second to say yes. It's an absolute honor to be part of this final chapter. - Trey Anastasio

Producing the shows is concert promoter Peter Shapiro, who created the Brooklyn Bowl franchise, alongside the AEG-owned Madison House Presents.

Further information can be found at the Dead 50 official website.

For the Grateful Dead's latest music and news info, check out their Zumic artist page. 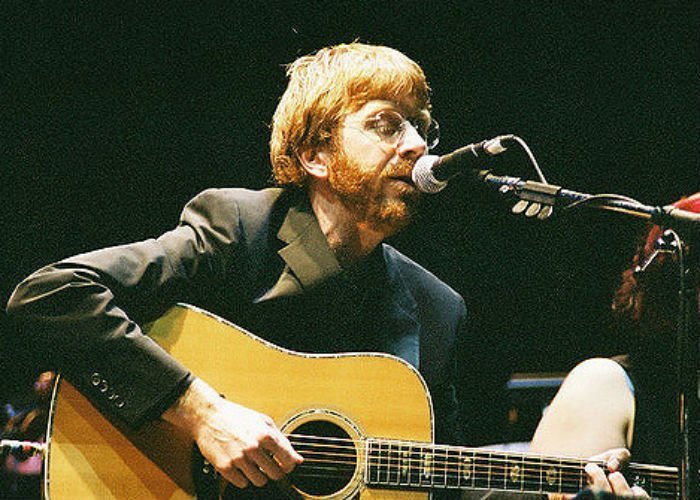