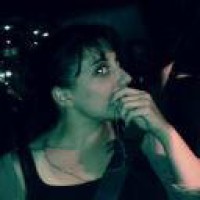 2Cellos released a political music video yesterday for their cover of Michael Jackson's "They Don't Care About Us." Watch above.

The video opens on a scene of a pawn toppling over a cityscape. We then see the two cellists playing furiously in a battle scarred wasteland. The two men press aggressively against the strings of their cellos, tearing the horse hairs of their bows to shreds.

There are a lot of explosions and abstract visions scattered throughout the video. It's the metal equivalent of a classical duet. Though some musical purists may not agree with playing cello in this context Luka Šulić and Stjepan Hauser are talented musicians who actually do a service to classical music by drawing younger listeners in.

For for 2Cellos' latest music, news, and tour dates, check out their Zumic Artist Page. "(I Can't Get No) Satisfaction" - 2CELLOS (Rolling Stones Cover) ...
Music Blues Rock Classic Rock Neo Classical 2CELLOS The Rolling Stones Live Performance (Video) Verona, Italy Zagreb, Croatia
1
7
Back to top
You must be logged in to upvote.
Registration and login will only work if you allow cookies. Please check your settings and try again.