Emo rock band Taking Back Sunday have shared an official music video for "Tidal Wave," the first single and title track of their upcoming album. Watch it above, courtesy of Hopeless Records' YouTube.

Directed by Greg Hunter, the video shows the band giving a high-energy performance of the song for thousands of fans. "Tidal Wave" digs into the band's punk roots with adrenalized guitar playing, pounding drums, and spirited vocals from singer Adam Lazzara.

Adam spoke with Entertainment Weekly about the new album and its sound:

Tidal Wave is a bit of a departure but I don’t think its coming out of left field... We realize anything we do is going to sound like Taking Back Sunday.

With our first records, we’re writing from the perspective of 17, 18-year-old kids and now it’s like as you grow older the blinders get pulled back and you have a different way of looking at the world around you.

Tidal Wave is scheduled to be released on September 16, 2016 through Hopeless Records. You can pick up the album through Taking Back Sunday's webstore.

For more music, news, and tour information about Taking Back Sunday, check out their Zumic artist page. 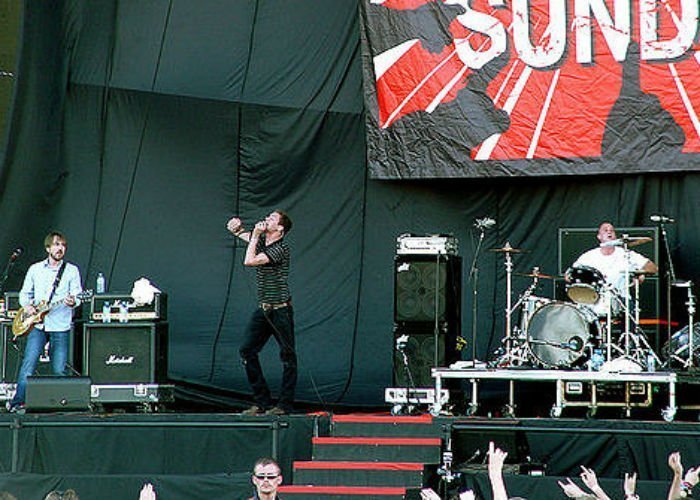 Taking Back Sunday
Powered By Coheed And Cambria and Taking Back Sunday Plot 2018 Co-Headlining...
Tickets Alt Rock Prog Metal Prog Rock Coheed and Cambria Taking Back Sunday The Story So Far
2
5
Back to top
You must be logged in to upvote things.
Registration and login will only work if you allow cookies. Please check your settings and try again.