More dates added to 'Father Of The Bride' tour 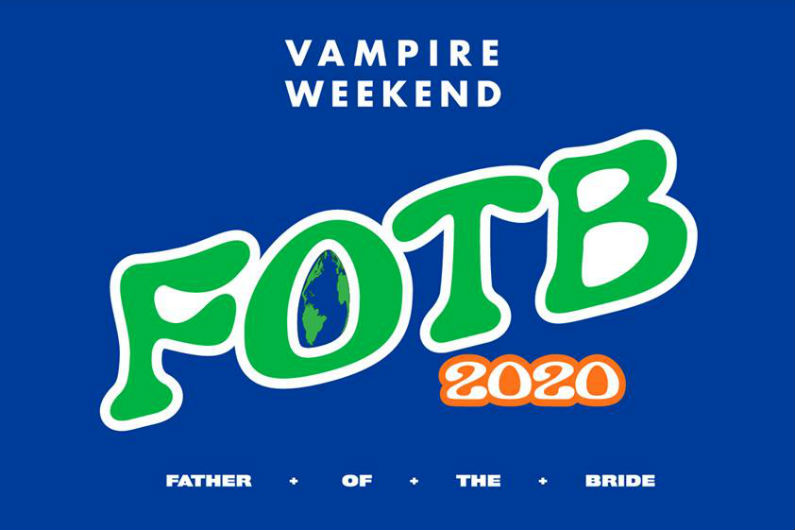 Vampire Weekend have added 2020 tour dates dates in conjunction with their most recent album, Father Of The Bride.

The newly announced concerts are scheduled from May through October. The indie rockers will hit the road this month with Soccer Mommy, before heading to Mexico in October. Later this month, they go to Europe for a headlining tour in the UK, France, Belgium, and Holland. This is Vampire Weekend's first full-blown tour since 2014 and it has been a big one, with over 50 shows already performed in 2019 and at least 50 more through the end of next year.

When do Vampire Weekend 2020 tour tickets go on sale and what is the presale code?

Tickets for their previously announced dates are now on sale. For the new shows, the general public on-sale begins as early as September 13. Presales for fan club and Spotify will begin on September 11. Live Nation, LN Mobile App, Facebook, and local venues / radio presales will follow.

The Live Nation / Ticketmaster presale password is SOUNDTRACK and the LN Mobile App code is COVERT. Keep in mind, each date is different and details are subject to change. Click through the individual concert links for more information about the show you're interested in.

We recommend following Vampire Weekend on social media and signing up for their free email newsletter, in addition to checking your local venue’s social media and email subscription, to get the most up-to-date information.

Also of note, Rostam Batmanglij left the group in 2016 to pursue solo projects but has continued working with them as a collaborator. He is listed as a producer of at least a few songs from the FOTB album, but his involvement going forward is not totally known. 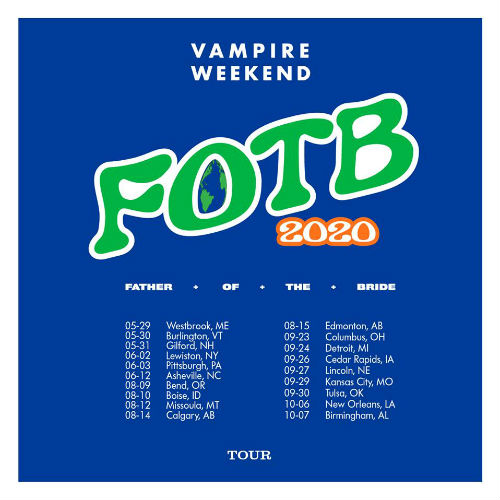