Indie rockers touring together this summer 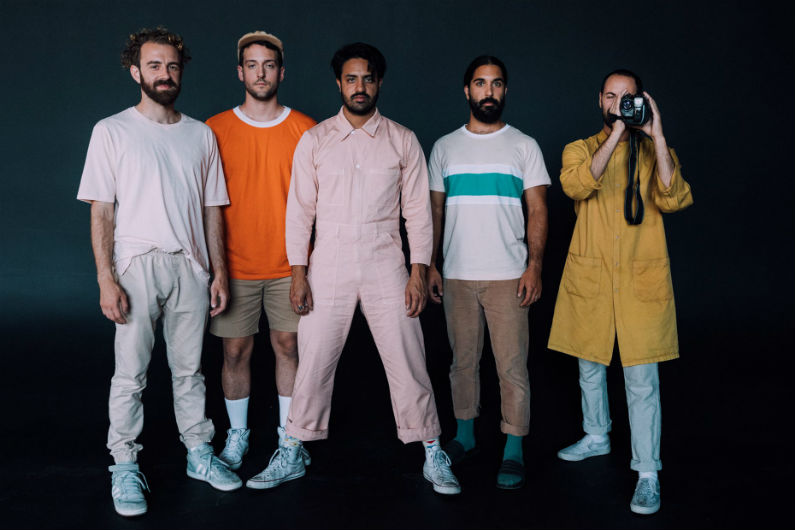 Indie pop-rock bands Young the Giant and Fitz and The Tantrums have added 2019 summer tour dates together.

YTG is currently on a headlining tour with fellow California-based band Sure Sure.  Fitz has a couple of festival appearances planned before the co-headlining tour begins in June.  Opening up the first leg of the tour will be Coin, and opening the second leg will be Alice Merton.  Check the listings below for the lineup information at each event.

Alice Merton, COIN, Fitz and the Tantrums, Young the Giant Tour Dates and Tickets Near You

Alice Merton, COIN, Fitz and the Tantrums, Young the Giant All Tour Dates and Tickets

When do Young the Giant 2019 tour tickets go on sale and what is the presale code?

Tickets for the previously announced shows are now on sale.  For the new dates, the general public on-sale begins as early as February 22 at 10 am local time.  Presales are currently underway for Artist, VIP packages, Spotify, and Citi cardmembers.  Live Nation, LN Mobile App, and local venues / radio presales will follow.

The artist presale password is SUPERPOSITION.  Citi cardmembers can use the passcode 412800, but you will need a Citi card to complete your purchase.  The Live Nation / Ticketmaster presale password is SINGLE and the LN Mobile App code is COVERT.  Keep in mind, each date is different and details are subject to change.  Click through the individual concert links for more information about the show you're interested in.

We recommend following Young the Giant on social media and signing up for their email newsletter (bottom of page), in addition to connecting with your local venue, to get the most up-to-date information.

The band's most recent album, Mirror Master, was released in October.  Pick it up on Amazon.

For concert tickets and more, check out Young the Giant's Zumic artist page. 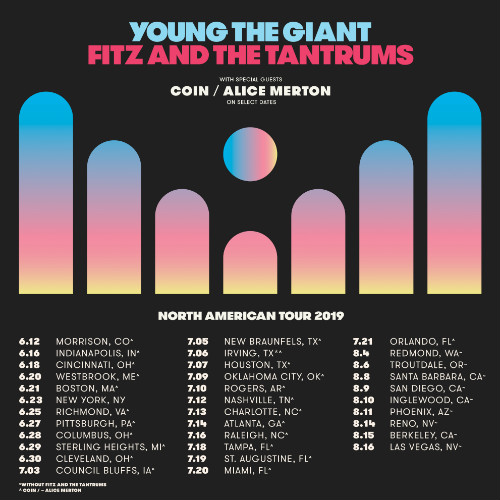 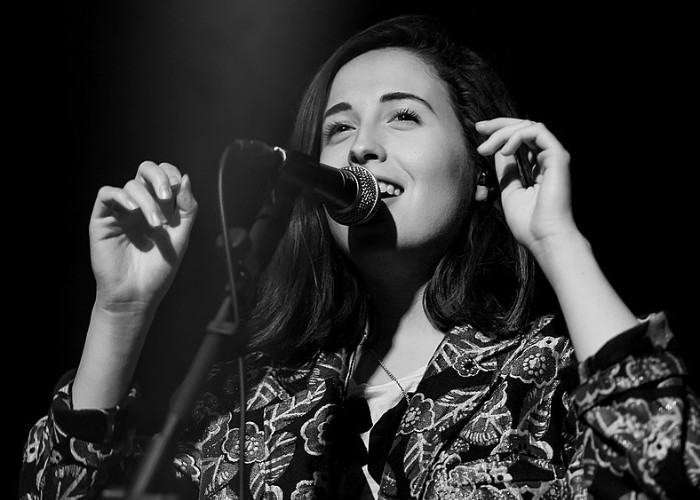 OneRepublic Plans 2017 Tour Dates With Fitz & The Tantrums and Ja...
Tickets Alt Rock Pop Rock Fitz and the Tantrums James Arthur OneRepublic
1
30
Back to top
You must be logged in to upvote things.
Registration and login will only work if you allow cookies. Please check your settings and try again.